No Hurricane Can Stop This Horse Girl – January’s Featured Rider 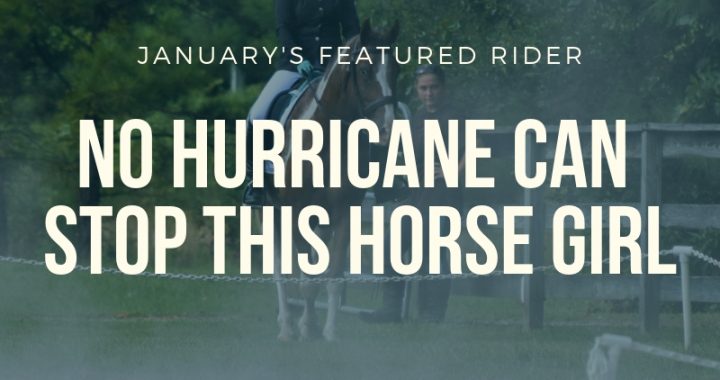 Felicia is a 33-year-old horse girl with a lot of grit. Her love of horses began at the age of 5, and ever since, she has done just about every equestrian sport there is: eventing, pleasure driving, exercise riding, show jumpers, dressage, barrels, poles, foxhunting, and steeplechase. Now, she works for the Department of Defense, runs a nonprofit 4-H club, and owns 3 beautiful horses on her North Carolina farm. 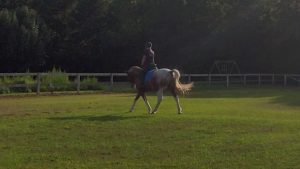 Two of her horses came to her as a pair. A rescued draft pony cross and a rescued draft appaloosa cross. The pony arrived to her farm terrified of humans, and he would bolt just at the sight of someone walking up. Now, he is a loving teddy bear with some spook tendencies, but a great pony nonetheless. 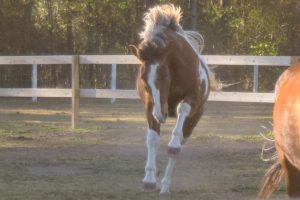 The appaloosa came to her thin, unhandled, and with horrendous ground manners. But with hard work, patience, and time, Felicia has managed to bring him up through the dressage levels. She’s even caught on to his love of jumping and believes eventing might be in his future.

Last but not least, she still owns her tried and true high school rodeo mare. This mare has done it all in her lifetime, and she is now giving lessons and bringing Felicia’s daughter up through her 4-H projects and shows. 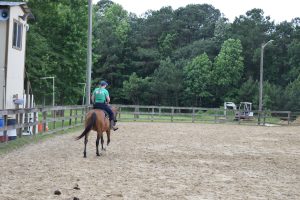 On that fateful day, Hurricane Florence made landfall, destroying the Carolinas in its path. Felicia watched as the hurricane rains came in and flooded the homes of her friends, family, and surrounding community.

Luckily, her house was on high enough ground to only have minor flooding, but just a mile down the road, houses were quickly filling with water. The lives of humans, pets, and livestock were all at stake.

“I realized I couldn’t just sit around and watch as my friends and neighbors slowly went under water,” Felicia said. “I started working with Emergency Management personnel and local Swiftwater rescue teams to get horses, dogs, and other animals out of the water. I also worked with our county and state Agricultural Department to get much needed feed and supplies to the livestock in our area, as many of our farms were cut off from basic needs due to flood waters.”

In the aftermath of hurricane Florence, Felicia was left with major roof damage to her barn, house, and garage. Water had gotten down into the buildings causing major damage and mold, and days of rain and no power made a mess of everyone’s homes. To this day, she and her surrounding neighbors are still rebuilding.

Life is busy enough without the added work of repairing a hurricane damaged home, but Felicia still carves out time to ride and show her horses online with Better Dressage Scores.

“Because of this site I can still show. While every spare moment is spent on rebuilding from the storm, I can take 30 minutes a day and show! It’s a great escape from reality,” she said.

Most would give up trying to show after being hit so hard, but Felicia is the type of horse girl to look a hurricane in the face and say “try me.” 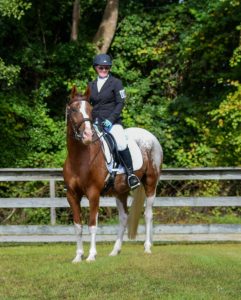